The devils are back on the road… Diablo Blvd. are calling out the Zero Hour with their upcoming album and return to the stages with a dark mix of heavy guitars, outstanding drums and distinguished vocals.

The dark groove rockers from Belgium took a lot of creativity into their writing and recording process in order to develop a style that in no way can be compared to their previous three albums. The first track Animals consist of heavy guitars and outstanding drums. The lyrics deal with so called “animals” within our society, who try to hide amongst us and want to destroy us. Sing From The Gallows sticks to the rather dark groovy sound. Kris Martens’ drums are the most outstanding part of this song, you will definitely get moving from this sound! These songs have been released with the announcement for Zero Hour’s release date September 22nd 2017. You can check out Sing From The Gallows here.

Up next Diablo Blvd. get into Life Amounts To Nothing with the before mentioned catchy guitars and drums. This time the lyrics deal with the end of life and the endless dark tunnel you are passing to chase the light. God In The Machine (Latin. Deus Ex Machina) shines with excellent and catchy guitar tunes by Andries Beckers and Tim Bekaert. The next song You Are All You Love sounds like it is addressed to the big leaders of today’s world, who lie to their people, care only about themselves and in a darker future might literally “drop a bomb with every word” they say. The instrumental parts of this song are as heavy as before, but Alex Agnew puts more emotions into his vocals, which sound like a cry for help and change.
The Song Is Over mixes extremely heavy and dark passages with small lines that sound soothing almost hopeful, showing again how Diablo Blvd. achieve a distinguished sound in every song by rearranging the before mentioned musical motives.

Luckily only The Song Is Over but the Belgian dark devils come up with another surprise: the midtro 00 00 is a dark and soothing acoustic track with a glimpse of evilness, the clock sound in the background makes you almost feel intimidates as if the end of world is near. The follow up Like Rats immediately pulls you back into action with every instrument competing for the spotlight, but all are pushed into the shadow by an outstanding guitar solo in the last quarter of the song.
Demonize is a song from the early writing process, it has already been performed live in August 2016 at Tattoofest Nijverdal and is a rather calm but heavy music piece highlighted by Alex’s typical loud vocals combined with whispering parts. The song ends with a glorious guitar duel between Andries and Tim followed by a short acoustic refrain. The Future Will Do What It’s Told keeps the rather calm tone, the topic of a doomed world is slowly left behind and the Diablos start forging the future.

With the first day of Autumn Diablo Blvd. released a music video for the final song of their upcoming album, which is chosen perfectly for the first rainy cold days: Summer Has Gone deals with the withering flora all around us in the Autumn days and shows all the before mentioned musical highlights once again.

All in all, you will probably need a few listening sessions for Diablo Blvd.’s new sound, but once you get used to it you will never want to miss it again. With the addition of Jan Rammeloo as their bass-player the Belgian quintet has enough power to storm the stages all around the world and bring the Zero Hour to all of us. Hopefully they will be able to team up with big names such as Machine Head and Epica once they had their release show at Trix Antwerpen (23rd September) and their European headliner tour in October this year! Buy Zero Hour

in your local recordstore or digital in your favorite store. 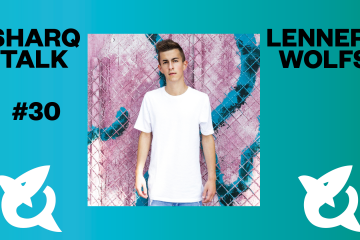