– Written by Sharik –
– Translated by Michelle –

A year after the successful release of The Holographic Principle, Epica shares news of an upcoming EP-release: The Solace System. The EP is the result of surplus songs made in the same period as the ones during the making of the previous album. Unfortunately, only 70 minutes of music can fit on a CD. Therefore, it was chosen to keep the unused songs stored for this special release. That these songs exist is no secret to the fans after the members revealed that they were planning to possibly release songs that did not make it on the full-length album in an early interview this year.

A year ago, my review of The Holographic Principle started with the following sentence: “There seems to be no end to the rising star of Epica.” A sentence that could have been suitable as the introduction of this review as well, because after a very successful world-tour, Epica is not done. Not by a long-shot. Earlier this month, they have won a competition that gives them the opportunity to record a song with the famous Dutch Metropole Orchestra. Also, at the start of next month they will be touring with non-other than a fellow successful band, Lacuna Coil. 2017 is thus a very busy and productive year for Epica, because their schedule is full, which include an European tour with Mayan and Anneke van Giersbergen’s new band Vuur. To finish things off, Epica announced that they will not be skipping the UK and Ireland for they will perform in these regions in April 2018.

Wow, that was a longer introduction than may have been required, yet it indicates that at the time of writing these words did not appear on paper for no reason. The songs on the EP are clearly not “simple songs” or “lesser tracks” that serve as extra’s to fill in the empty space between albums, because these wholesome songs could have easily been on THP. In fact, they should have been.

The first single of the EP, “The Solace System,” was released in June with an amazing animation videoclip made by non-other than Davide Cilloni. Furthermore, the track “Fight Your Demons” was released for the American fans during Epica’s American tour last year. “Fight your Demons” is a very loved track by many because of the right energy and power that it exudes.
The next song is a driving spirit on the EP, a ‘real’ Epica song “Architect of Light”. It is a track full of familiar sounds and proves to be a very valuable song in its entirety as a 5-minute track. It undeniably has the potential to be a single. The song would do well when they play it live because of the amazing light-spectacle that would accompany it. The light-spectacle would make the song complete in its deliverance.

The fans that miss the heavier side of Epica could bang their heads to the next track “Wheel of Destiny.” More power is added to the song in which The Beast (the drummer) takes the band a level higher in their heavy sound. That is wholeheartedly acceptable because the song is a storm before the silence. The following song “Immortal Melancholy” has been released as an acoustic version on THP but finds its way in a fuller form on the EP.

And how can Epica not finish off without a (relatively) longer track? The 6.5-minute track is the final and longest track on The Solace System EP. “Decoded Poetry” proves once again why Epica is at the top of its game. Epica uses its extended musical palette to its max in this song. The choir as well as the grunts and brass instruments are included on the track. It is the perfect song to end the EP. This song is possibly the best song on the EP. Possibly the best they have ever written, even compared to their other iconic songs. It is compact, shows off all aspects of the members’ talent and is musically incredibly advanced in comparison to other bands in the symphonic genre.

is available on the 1st of September at all stores, online-stores and Epica’s webshop. On Epica’s site, the EP is offered in bundles with cool merchandise. The ones who want to see the band this year can go to one of their shows in autumn. 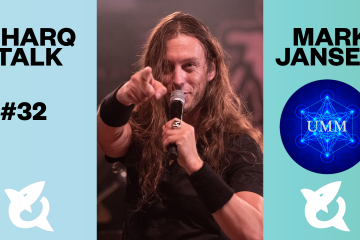