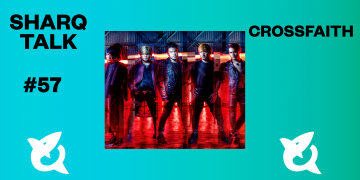 Crossfaith has been around for a long time, but the steps they are making into Europe are for the most of us “new”. Putting their heart and soul into music and sending a lot of energy from the stage at a live show, the band is conquering the world fast! With a crossover mix between metal, hiphop, electronic music, drum ’n bass and other genres they break borders and just do what they love to do. It’s a different way of looking to the “metal” genre but it does work amazingly well. Touring with Of Mice & Men and Bleed from Within gives them a new step in the right direction. Tonight a sold out show in Tivoli de Helling, where I could speak with Kenta and Hiroki about the touring life, the differences between Japan and Europe and they plug a band called Paledusk.