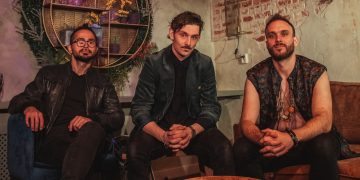 At the SharQ Sessions you hear the stories of the musicians at a location that is dear to them.
Playing their own work at a location with a story.

Social Media Boy (released on the album Transgenic) is an upbeat banger that is always played live by the band. This toned down acoustic version features the band at its most intimate and vulnerable.
The track sarcastically narrates the story of a young man addicted to Social Media. The character’s day is driven by his virtual lifestyle that is in appearance rich in social interactions. The track ultimately reveals that it is his birthday and that he is spending it alone.